Cold War Hot on the Market: A Review of the Newest Call of Duty 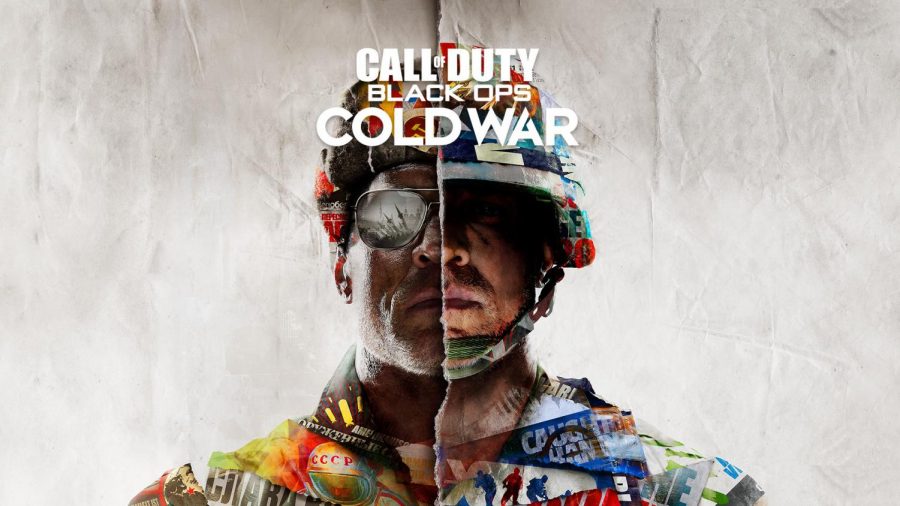 Treyarch’s highly anticipated Call of Duty: Black Ops Cold War hit all platforms this fall with another positive response from players around the world. In 2019, Call of Duty: Modern Warfare revamped the series with new and improved graphics, an intriguing campaign with classic characters, and a riveting multiplayer with a revolutionary free-to-play game mode. The game’s massive success subsequently set the bar for what was to come next. As no surprise to the gaming community, Cold War has not been a letdown in any sense; its three different parts almost perfectly mold together into one of the best combat experiences out there.

The game’s story mode brings the Black Ops subseries back to its roots in the 1980’s with its plot revolving around the Reagan-era arms race. A notorious and thought-to-be dead soviet agent, Perseus, has reemerged and is thought to be planning an attack against the US and the rest of the free world. With plenty of tangents and plot-twists, boredom is hard to come by in Cold War’s campaign. A good amount of humor is added into the mix, creating a nice balance between dark and light, while iconic characters such Hudson, Frank Woods, and Alex Mason also return, giving many a warm sense of nostalgia. Newly introduced characters, like Helen Park, Lazar, Sims, Russell Adler, and of course President Ronald Reagan effortlessly mesh with the old ones. The addition of refreshing faces in addition to old favorites keeps any perception of repetitiveness out of the picture.

The experience outside of the story also offers a lot to enjoy. Some missions include flying a gunship in Vietnam, infiltrating the KGB, and sneaking into Russian bases to gain intel, keeping the player engaged at all times. The 80’s music is an enjoyable and complementary touch that further immerses the player. One unique aspect of the game was the inclusion of real-life footage in briefings that preceded the missions. The footage allowed Cold War to connect the virtual world to real life. However, while generally immersive, there were also moments that seemed flagrantly unrealistic, and some of these moments took away from the enjoyment. The campaign’s believability has been this subseries greatest strength over the years in my opinion, and I would have liked to see that continue in this game.

With that negative, there were also a couple of areas that Treyarch improved upon such as the depth and replay ability. A player is able to  create their own identity, getting to choose a name, background info, gender, and skill. Additionally, there are numerous side missions and tasks that make one question whether they are even playing a game on their computer. I actually sat for minutes reading intelligence and studying evidence gathered that was not even essential to completion of the assignment. “The Safehouse” is another example of this attention to detail. In this area, players can engage in a few different activities, talk to their squad mates with branching dialogue, and even open secret rooms. One such room had an arcade machine and CIA computer.

Nevertheless and above all else, the best feature is the branching storyline. Decisions you make during the story will actually affect the plot and the ending too (there are 3 different endings to complete). This was intended to make it so that the game could be played many times without getting repetitive. All in all, the Cold War campaign has an impressive story, excellent characters, intense dialogue, and fascinating gameplay, making for hours of entertainment.

In addition to the provided nostalgia, Cold War also changed up their beloved “Zombies” game mode. Sometimes, it was for worse. Treyarch opted against bringing in traditional characters, which is unfortunate. Takeo, Dempsey, Richtofen, and Nikolai from the previous games brought life and consistency to their games. The new, generic operators from multiplayer simply do not give off the same effect.

However, there was also positive change. After years of requests for a classic survival map in zombies, Treyarch has finally delivered. One such map, Die Maschine is also probably the easiest map in the history of the franchise, which is probably for the best. The map itself is a simple, medium sized map with an expanded Nacht Der Untoten (the original zombies map) on the surface and an underground bunker. It only takes a few rounds to get regular weapons, perks and wonder weapons, turn on the power, and even pack-a-punch weapons and ammo. The surface of the map is very open in most areas, making it easy to control and tackle hordes of zombies. Hardcore fans may see these attributes as too casual and not difficult enough, but I see this as Treyarch focusing on the accessibility and fun of this game mode. Getting rid of tedious steps entices many to continue playing after they have died, knowing that they can easily return to the point they had made it to. At the end of the day, most people play zombies for the simplicity of killing enemies, not unimportant and overly-hard processes. For players seeking more than the masses, there are still plenty of side missions and hidden secrets waiting to be explored, most notably being the coffin dance easter egg that can give you a free ray-gun. While Treyarch did make a return to tradition, the map does hold some of the cool sci-fi aspects from more recent titles. The dark aether dimension is one of these aspects, along with boss levels inspired by Infinity War, for example.

The other multiplayer modes have also experienced changes. Cold War has followed in the footsteps of Modern Warfare by attempting a soft reboot of a previous Call of Duty title. Older Black Ops’ multiplayers were well loved by many for their weapon and killstreak variety, excellent maps, and infamous team communications. Treyarch tried to recreate this success ten years later but I believe they fell short in a few different ways. The first of these issues is the lack of content. There are only 28 weapons and 8 maps at release time, the least amount in any Call of Duty game ever. Treyarch plans to add content post launch, but this still leaves a bad taste in my mouth after playing the same maps over and over again to boredom. Modern Warfare also had some of these problems, but the freshness and originality of it kept me playing.

Multiplayer Cold War feels like Black Ops 4 with a light veil of improved graphics and nostalgia. Like BO4, there are not any gun-specific attachments, something that Modern Warfare was applauded for. The health is 150 points, just like BO4, causing gunfights to be less fluid and heated. Moreover, sniping is the most downplayed it has ever been due to extremely weak damage and slow aim-down sight speed. Snipers are completely unusable and consistently lose gunfights to most other weapons. In an attempt to combat the discouragement of new players, skill-based matchmaking was implemented, adding another area of mistake for Cold War. Being punished and put into lobbies full of competitive players after having a good game has made me want to quit multiple times before even reaching prestige 1. Randomized lobbies, as seen in other Call of Duty games, create more opportunity for players who are only trying to have fun and play with friends. On the bright side of things, perks and score-streaks are useful and original this time around. Besides snipers, the weapons are satisfying to use and all equally potent. Maps like Cartel, Checkmate, andCrossroads Strike only help to increase amusement while playing. Hopefully with downloadable content and updates such as the upcoming Nuketown one will make Cold War’s foundation be built into a robust structure. Right now, however, there is not much of a reason to engage in this side of the game.

There is a lot of potential overall for Call of Duty: Black Ops Cold War to expand upon and become one of the greats. Right now, it certainly has delivered in a lot of different areas, while falling short in others. The game has a promising future and has already done much better than its past few predecessors, which is exciting for fans of first-person-shooter games. It seems that Treyarch has a future planned for Cold War, and it is one that I am excited to be there for.