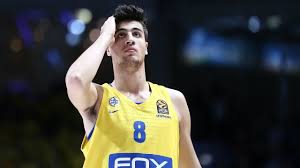 The Cavs are coming off their second disappointing season and have placed 14thand 15thin the Eastern conference it the post-Lebron James era. The Cavs have made poor management decisions and the team has been a mess. However, the future could be bright as the Cavs have some young talent such as Colin Sexton and with some cap space and the 5thpick in this year’s NBA draft. The Cavs management is facing some tough decisions around draft picks and trades that could be very important in order for the Cavaliers to have success in the near future. Here is how the Cavs can rebuild in the coming months:

The NBA draft is taking place on November 18thand is big moment for the future of the Cavs.  The Cavs currently hold the 5thpick and are in need of a forward.  The consensus top 3 players in this year’s draft are center James Wiseman from the University of Memphis, the shooting guard Anthony Edwards from the University of Georgia, and the famed point guard, younger brother to Lonzo Ball, Lamelo. However, these three players are very unlikely to fall to Cleveland but if they do, they will be their choice.

One of the Cavs top draft candidates is the small forward from Israel, Deni Avdija. Avdija played basketball for Maccabi Tel Aviv of the Israeli league. Avdija led his team to win the championship and was the league MVP. Avdija is 6’9, 220 pounds and is known for his playmaking ability but struggles to shoot well from the three-point line.  Another prospect the Cavs are interested in is the power forward from the University of Dayton, Obi Toppin. Toppin won AP player of the year and was leading Dayton to one of their best seasons ever before the year was shut down. Toppin is also 6’9, 220 pounds and is known for his incredible athleticism and ability to finish around the basket. Like Avdija, Toppin is not a top tier shooter and has concerns that he has already peaked skill wise as a player. Another prospect is the small forward from Auburn, Isaac Okoro. Okoro was second team all SEC and first team freshman all SEC. Okoro is 6’6, 225 pounds and is one of the best defenders in this draft. There are concerns about Okoro’s offense and shooting ability. Additional candidates include center Onyeka Okongwu, point guard Killian Hayes, and point guard Tyreese Halliburton. The Cavs could also trade down or trade their pick all together to acquire other players in the league.

In addition to the NBA draft, the offseason for the Cavs is very big. The good news is the Cavs re-signed power forward/center Andre Drummond. Also, there are some realistic free agents on the market right now like shooting guard Fred VanVleet, small forward Joe Harris, small forward Danilo Gallinari and power forward Montrezl Harrell. This issue there is there are not many players that want to come play for Cleveland. The Cavs also have the option of re-signing longtime Cav, Tristian Thompson.  However, Thompson is expensive and might not be a good fit on a young rebuilding team. Since the Cavs re-signed Andre Drummond, it is very unlikely that the Cavs will re-sign Thompson. The Cavs could also trade former all-star Kevin Love. The Cavs acquired the all-star from the Minnesota Timberwolves in 2015 and was a key player in the Cavs 2016 tittle run. Love has not been performing as well in recent years though, and the Cavs are in a rebuild stage where they will not be good this year most likely. Love is also expensive and would free up salary cap which is ideal for teams in the rebuild process. The Cavs could trade Love for draft picks as well as younger players for the franchise.

Sign a free agent like Danilo Gallinari who can fill the whole in the Cavs starting lineup. This would most likely mean not resigning Tristian Thompson and possibly trading Kevin love to free up cap space.   If the Cavs cannot sign a free agent, then they can either draft wisely or trade the pick for a younger player that can start right away. The Cavs can also trade away Kevin Love to try to get some younger players.

The Cavs may be disappointing now but could be good soon if the management makes good decisions that they have not been making recently. For most Cavs fans the upcoming draft will be probably one of the more exciting times of this upcoming season as we all pray that the Cavs will get a future star that help the Cavs become good again. The Cavs have a lot of different directions they could go and hopefully they choose the right one.